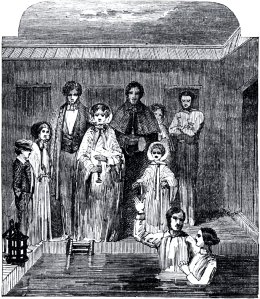 Statistics show that there is a departure happening from Christian denominations. Many people do not find it practical anymore to keep living a religious tradition that they were brought up under. It is hard for people today to accept authority over what they feel should be a more personal experience. It may thus be that people no longer want to think of themselves as religious in the traditional sense, but as more of a person that believes in God and desires a spiritual connection to Him. In her book titled “Christianity after religion”, Diana Bass explains this trend and what it means. Starting on page 76, Diana outlines five events of what she calls the “Horrible Decade” that led many to turn away from religion.

What will it take to cause a great awakening to happen that Diana Bass is calling for in her book? The answer is that there needs to be real individual conversion.