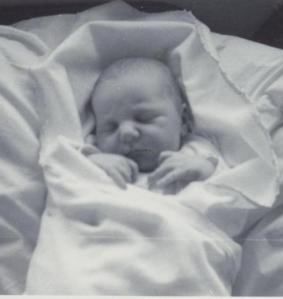 I was born into a Mormon family and experienced all of the programs for primary age children through adulthood members. Then at age 19 I went on a two year Mormon mission. After knocking on a door one day as a missionary I was invited in. On this one particular occasion, as we began to discuss the beliefs of the Mormon church, the person confronted me and told me that I was only a Mormon because I had been raised that way and did not know any better and was nothing more than the product of brainwashing. The man stated that it is a fact of science that the brain gets attached to whatever it is fed and that all religious people are a product of their environment and not of any greater supernatural experience. He said that Christianity was a stifling superstition, a mere fairytale story from an old and outdated book. That conversation actually affected me a lot and I really began to wish that I had not been born a member. I still wanted to be a Mormon for sure, but I wished that somehow I could say that I had found it completely on my own as an adult and not as a result of any upbringing that could have affected my outcome. I was smart enough to recognize the benefits of Christian values. There had been peoples lives I had seen change as they gave up the worldly lifestyle and began a new life as a Christian. What I did wish on that day and for years after was that I could have said that I was a Mormon because I found out about it and converted to become a Mormon when I had been older. I gave my parting statement of belief to the man. He did not believe me, nor did I completely believe myself. I would not be fully converted to my beliefs and find a deeper spiritual experience for many years.

About 25 years later on a Sunday while waiting for a church meeting to start a man came up to me that had joined the church later in his life and he began to tell me how he envied me because I had been raised a Mormon. He told me what he had missed out on because of his having to search for it for many years. He said he wished he could say he had experienced the joys of primary, young mens, priesthood blessings, receiving words from inspired apostles and prophets and steering clear of the evils of the world. I of course told him that I had actually wished I had lived his life. He was stunned and said that I had truly lived the more blessed life and that I could not really have wanted what he had experienced.

A few weeks later I awoke in the middle of the night with a very strong spiritual manifestation that impressed upon me the understanding that I should be grateful for the path that I had been privileged to have taken in life. I was then made to understand that because of that experience I had unique talents and abilities to share with others. God had known me before this life and had chosen me for a work.

“In general, the Lord sends to earth in the lineage of Jacob those spirits who in the pre-existence developed an especial talent for spirituality and for recognizing truth. Those born in this lineage, having the blood of Israel in their veins and finding it easy to accept the gospel, are said to have believing blood.” – Joseph Smith

If you were “born a Mormon” you were born into that circumstance because of your life before coming to this earth according to the plans of God. In Alma 13 we read that all those ordained to the Melchizedek priesthood had been faithful before coming to earth and had been ordained there to this calling in advance of our earth life. These words from Joseph Smith also testify to the same truth.

“Every man who has a calling to minister to the inhabitants of the world was ordained to that very purpose in the Grand Council of heaven before this world was.” – Joseph Smith

Of course this does not diminish the greatness of people who come into the church as converts that were taught by the full-time missionaries. They also have the royal heritage from the pre-existence and were predisposed to recognize the truth of the gospel message when it was presented and were foreordained to callings. This is all part of the plan of salvation that is designed to achieve salvation for the greatest number of people possible. I have seen people that are taught about Christ and then say that they internally understand and believe, but they can’t explain it any further than that. No person that is a confessed Christian (Mormon or not) can say in any other way that they believe and have faith in Christ independent from all others than through the gift and revelation of God.

“He saith unto them, But whom say ye that I am? And Simon Peter answered and said, Thou art the Christ, the Son of the living God. And Jesus answered and said unto him, Blessed art thou, Simon Bar-jona: for flesh and blood hath not revealed it unto thee, but my Father which is in heaven.” – Matt 16:15-17

I am grateful now and do not take for granted my having been Born a Mormon. I truly am a member of The Church of Jesus Christ of Latter-Day Saints because I have found out for myself independent of anyone else that it contains the restored truth and authority to bring salvation to the world to those that believe in Christ. I am a Mormon because the core belief is all about having faith in God and following the example and doctrines taught by Christ. I know it has blessed my life and that of my family.

2 thoughts on “– Born a Mormon does not mean brainwashed”